Seeing color in a HMD

What happens when an artist controls the light? 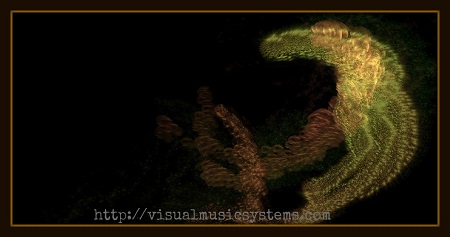 Light does not have color—and our perception of color is relative. You might not notice this in a brightly lit room but put on a HMD and you can create new colors and manipulate your perceptions of colors in a whole new way.

Some pioneering work in the relativity of color vision was done by beings Edwin Land, the founder of Polaroidin the 1950s when he was researching the perception of color. According to F.Campbell one night Land had his projector set up showing images using green, red, and blue projectors. There was no other light in the room. As he closing up for the night, he turned off the blue and green projectors. The images were only being projected with red projector and white light. Yet both Land and his firend perceived the same colors though all of the blue and green colors were not really there any more. Land realized that human color perception is relative rather than absolute: color perception is a function of the relative amount of stimulation of the different cones in the retina. He began experimenting with creating photos and light projections using only two colors that lead the viewer to believe they were seeing all of the colors of the spectrum. People will see blue in a room where all of the light frequencies are really red. The set of photon frequencies that would appear as red against a white background appeared blue when the colors are shifted regular to everything else in the environment.

An easy way to see these effects is to draw a large white rectangle on a computer screen and a smaller yellow square within it. Then make the white areas black and remove all other light sources in the room (like go into your really dark, not at all creepy closet), so that the only light is coming from the “yellow” square. After a couple of minutes, your eyes will adjust to this artificial environment and the yellow square will no longer look yellow, but rather somewhat dirty and colorless. The color we call “yellow” is impossible to see in isolation: it requires the presence of other colors before we can perceive it.

So for most artists this is cool, but useless information. For artists working with head mounted displays however it opens up whole new possibilities. When you are wearing a HMD you can only see the colors that the artist shows you which means that they can manipulate what you see as green or red by carefully selecting what colors you see—or cause your perception of a color to shift just by changing what other light frequencies are being shown at the time.