The perseverance in creativity 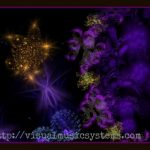 There are lots of theories out there about creativity from Skinner’s theory that creative people are no more original than a chicken laying an egg to theories of divinely inspired creativity. Here are some of our musings on the topic.

Creativity is about bringing something into the world that didn’t exist before. Creativity isn’t limited to certain fields or endeavors— and, unfortunately, not everyone working in a creative field like music is actually being creative. But people who are creative are able to look beyond what’s right there to what might be possible.

Then they have to stick with their idea. Edison once said that “Genius is one percent inspiration and ninety-nine percent perspiration.” 1. Creating something new, getting your amazing vision out there into the world, doesn’t happen all at once. It takes time and gumption. It takes perseverance after failure. J.K. Rowling credits her success in writing to failure, “Had I really succeeded at anything else, I might never have found the determination in the one arena I believed I truly belonged… rock bottom became the solid foundation on which I built my life.” 1 For better or worse, the secret to creating amazing things isn’t genius—it’s the commitment to stick through with your vision. No matter what. When you fail, use that rock bottom as the solid foundation for your vision like J.K. Rowling did.

So whatever your crazy vision is, your idea for something that hasn’t existed before, go for it. J.K. Rowling failed at her marriage, at her jobs, at making money and used that to create Harry Potter. Edison had about 1,000 failed attempts at making a light bulb. Be creative.