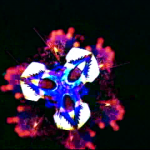 The OVC (Outer Space Visual Communicator) was a giant machine, played with hands and feet, that allowed artists to create and finger-paint with light similar to how musicians create and explore sound with their instruments.The name of the instrument arose from Sebastian’s collabortion with Sun Ra, the legendary jazz composer, in the 1970s and 1980s. 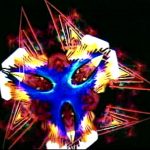 Bob Stewart, of Heavy Metal Magazine, described the OVC as ‘Bill Sebastian’s towering color organ.. Despite the technology involved the main factor here is personal expression. Sebastian’s hands glide over four hundred touch sensitive buttons as he does his electronic finger-painting, concentrating on ‘size, symmetry, sharpness, continuity, and other emotionally significant concepts” of the changing patterns seen on the eleven-by-ten foot display screen. He’s not switching on a gadget. Sebastian really is an artist functioning in a manner similar to a musician and performing on an instrument of great range and flexibility.’ 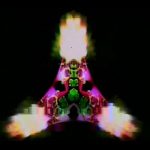 John Bishop, of Video Magazine, added that ‘the emotional energy of the visuals equals and at times surpasses that of the music. The images are not slaves to the sounds but function the way a dancer does; interpreting, harmonizing, and enlarging the space created by the music.’ 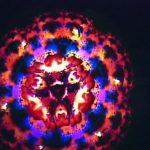 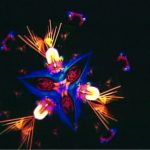 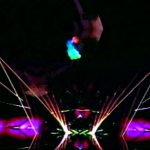 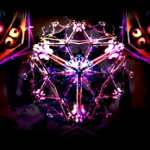 Additional Notes on the OVC

The original OVC is best understood not as a pattern synthesizer, but as a type of color organ, as the communication was more about the sequences and relationships of the colors rather than the geometric patterns. The pattern control was fairly limited: it had only 91 cells, each of which was a single color. The hexagonal organization allowed for some basic symmetries and simple movements and shapes, but the primary communication was through the use of color.

To work effectively with color energy, the performances were in optically controlled environments so that there was absolutely no light other than the OVC display. Pilot lights on musicians amplifiers were covered with electricians tape; exit signs were completely masked (to the dismay of fire marshals). When the OVC was off, someone in the audience would not be able to detect their hand in front of their face.

The OVC had excellent dynamic range, so that sections of performances were done in the scotopic range – where luminance is too low for retina cones to function. That allowed us to explore the bottom threshold of visual perception. In that territory, the audience is not quite sure whether the images they were seeing were produced by the OVC or by the noise within their own visual system that creates vague patterns even in absolute blackness.

Concerts usually began at those levels and remained there long enough for the photoreceptor chemicals to adjust for maximum sensitivity, so that when we moved up to higher brightness levels, colors were generated that were not possible under normal lighting conditions.

When controlling all the light reaching the retina of the viewer, an artist quickly discovers a completely different set of rules. Light does not really have color – what is normally called color is a psychological response based on the relationship the light striking different parts of the retina or striking at slightly offset times. The simplest demonstration of this is to create images of a single ‘color’ within a controlled optical environment: there might be an initial sensation of color due to the initial balance of retinal chemicals from previous images, but the visual system is constantly averaging out the colors in the environment to create its frame of reference.

With the original OVC, color was not a static concept, but rather a dynamic and complex energy flow. The artist had immediate control over every color on the screen, through a hierarchical control set that included finger-operated RGB controls over 6 registers, a finger-operated blending panel that could adjust the depth and opacity of the elements associated with each register, and seven foot pedals – one for master brightness and one brightness for each of the six registers.The foot pedals were responsive and precise- it was easy go from full off-on-off within maybe 0.2 seconds with fine control in between. 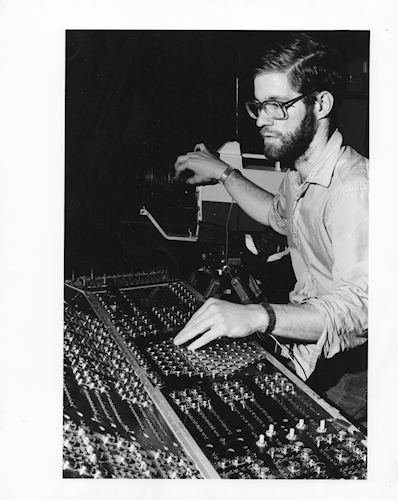 OVC performances mostly used what might be called ‘hyper-colors’. These are colors than can not exist in a static presentation, but rather can exist only for a short interval in response to a change in the intensity levels of the component colors. An example might be a transition from green to red. The retina cones are adjusted for red, so that the sudden absence of red creates a residual effect. At the same time, the receptors filtering for blue suddenly get much more than they normally adjust for.If the image stays constant, the receptors will eventually balance their chemicals for the new levels, and the normal colors will be perceived. But the ‘hyper-colors’ perceived during the transition period can be quite interesting. With the OVC, there was no need ever to return to normal colors, which look comparatively drab and stale. Instead, the colors could change constantly so that the entire presentation could be delivered in hyper-color. Working in this space takes a bit of practice: transitions to brighter colors are easy, but frequent downward shifts are needed to avoid getting pinned by the projector brightness limits so that everything would look dull.

Another interesting effect might be called ‘oscillating colors’. The OVC supported this with sequencers that could loop through patterns at any speed. If a pattern of one color repeatedly moved across a background or other image of a different color, a rapid color change could be achieved. At oscillation rates over 30hz, the colors tended to blend, but interesting oscillating colors could be achieved at a wide range of frequencies. Because the color changes were produced by rapid pattern changes, some standing wave pattern effects could interact with the color changes.

These various effects are examples of the palette for expression provided through the OVC. The key point is that it was a musical instrument: anything possible within this palette could be instantly triggered just as a musician plays an audio instrument. At the same time, the physical actions to control these effects were practiced for thousands of hours, so that the expression of ideas occurred without conscious effort, as it does for audio musicians who invest a similar effort in the mastery of their instrument. 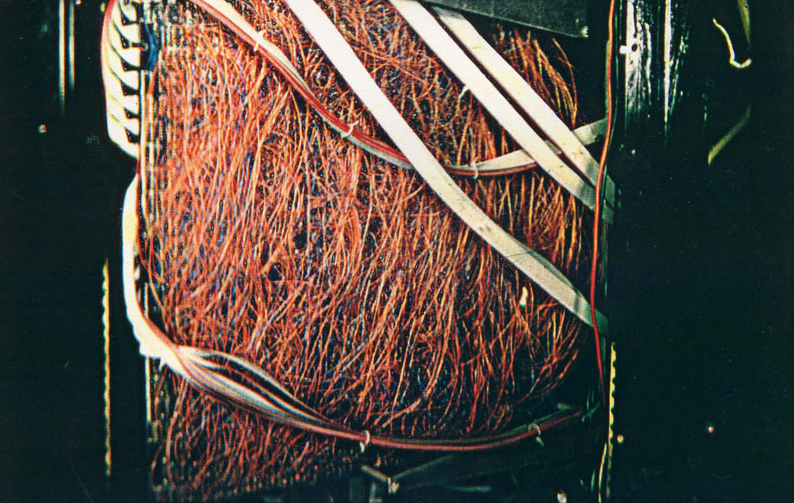