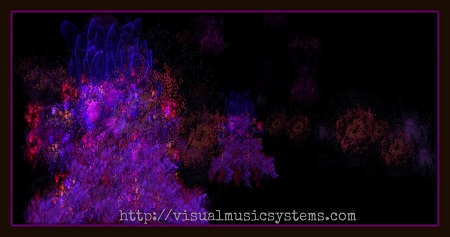 Music is an act of discovery, more than a craft. Yes, you have to learn how to hit all of the notes, play all of the chords but the point is what you are going to do with all of those notes and chords. In Star Trek, they “go boldly where no man has gone before.” A musician does this too. A skilled musician can check out new worlds through her music and communicate something back to her listeners from that new world.

Bill learned the piano when he was young yet he never got interested in the perfection of hitting notes or the technique of the music. What he wanted was to find the energies that were hidden in the music and to explore them.

Those energies could take him and his audience to somewhere else. An alternate reality that was far more alternate than one where you wake up as the SuperBowl winning quarterback and even more alternate than the one where you wake up being chased by tentacled aliens. In this world, Bill wouldn’t have to look at any boring, static objects. Instead, this world would be full of objects that constantly changed, adapted, and avoided classification.

Playing with those energies might let him take the viewers of his art somewhere else. Somewhere where they could use their senses in a different way and experience new things. Then maybe, when those people came back to the regular world their perspective would shifted and they could help shift society, alter it with their new perspective.

That’s when he started working on the OVC. He spent five years figuring out the wiring and the parts that needed to be assembled to create a machine that would express in visual the same energies. An instrument that would create an alternate world where nothing ever stayed still and nothing quite mapped onto the world that could be seen out the window of a dorm room.